Obama On Afghanistan– A Hodgepodge of Mixed Messages 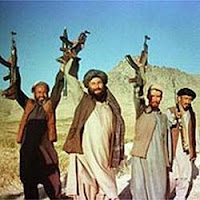 Here are a few Obama-Afghanistan headlines from the last 20 days:

March 7, 2009–
Obama Announces We’re Losing War and He Is Open to Reaching Out to Taliban

March 23, 2009–
Obama Already Looking For Way Out of Afghanistan

March 24, 2009–
Obama will stay on offense in Afghanistan

Considering his recent waffling, do you suppose the terrorists are shaking in their boots?
It’s hard to take this guy seriously.