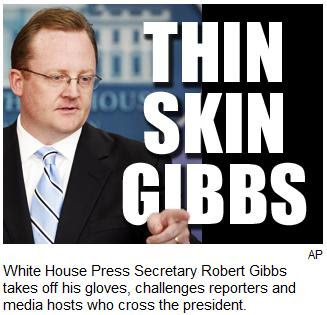 Considering Obama has managed to triple the deficit and he destroy the stock market in his first 40 days in office, it makes sense that he would want Americans to focus on something, anything other than his horrid record.

Top Democrats believe they have struck political gold by depicting Rush Limbaugh as the new face of the Republican Party, a full-scale effort first hatched by some of the most familiar names in politics and now being guided in part from inside the White House.

The strategy took shape after Democratic strategists Stanley Greenberg and James Carville included Limbaugh’s name in an October poll and learned their longtime tormentor was deeply unpopular with many Americans, especially younger voters. Then the conservative talk-radio host emerged as an unapologetic critic of Barack Obama shortly before his inauguration, when even many Republicans were showering him with praise.

Soon it clicked: Democrats realized they could roll out a new GOP bogeyman for the post-Bush era by turning to an old one in Limbaugh, a polarizing figure since he rose to prominence in the 1990s.

Limbaugh is embracing the line of attack, suggesting a certain symbiosis between him and his political adversaries.