Another Democratic donor was in court today for stealing millions from investors.
Manhattan art dealer Lawrence B. Salander stole $88 million from investors, collectors and artists. 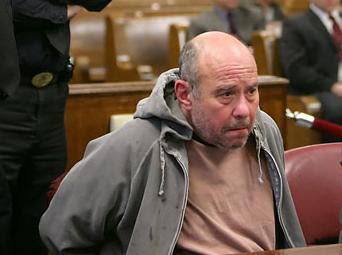 Lawrence B. Salander (in handcuffs) pleaded not guilty to all charges in his indictment, his lawyer said. (New York Times)
The New York Times reported:

A once-prominent art dealer was arrested on Thursday on an indictment charging that he stole $88 million from investors, collectors and artists who had consigned paintings and sculpture to his Upper East Side gallery, the authorities said.

Lawrence B. Salander, right, and his wife, Julie have contributed to democrats Hillary Clinton and Chris Dodd.