1,500 protesters braved the cold (in the 30’s) and wind today at the St. Louis Arch for the anti-Spendulus rally. 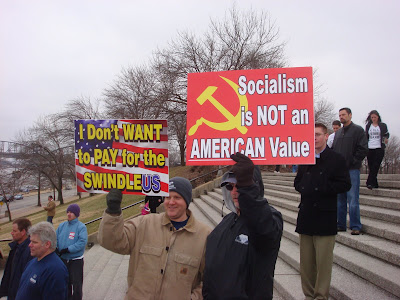 The local television predicted 100 protesters would show up.
Despite the cold and the timing (11:00 AM on Friday) the turn out was respectable. 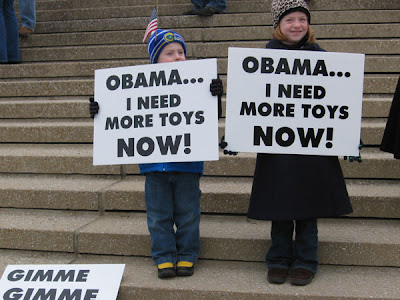 Here’s a photo sent to me from Darin Morley who was at the protest today.

Local Fox Channel 2 posted video of the protest at the Arch:

Bill Hennessey organized the rally. It was announced Sunday on The Dana Show on 97.1 FM and the local media actually reported on it.
Patrick Leahy of Top Conservatives on Twitter and Dana talked more about Tea Party wave on her show.
Jamie Allman from 97.1 made it down to the Arch today.
It was a great success. 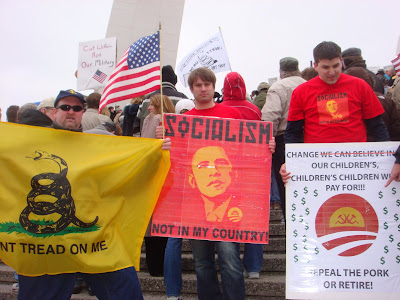 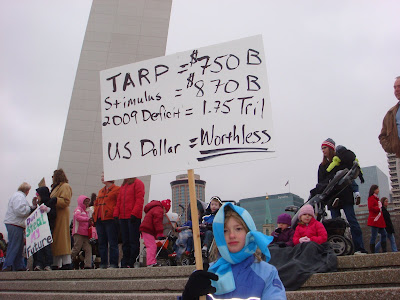 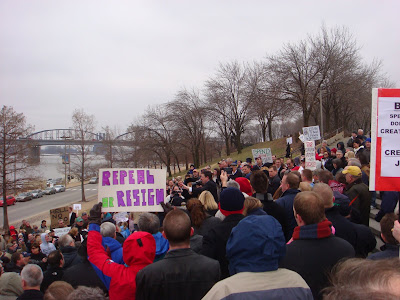 After listening to several speakers including a few local conservative politicians the crowd walked down and dumped tea in the Mississippi. 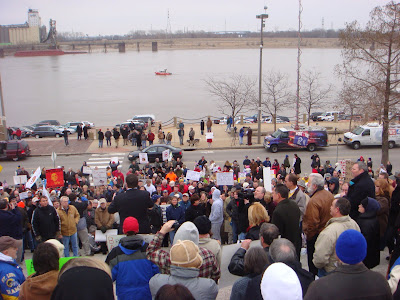 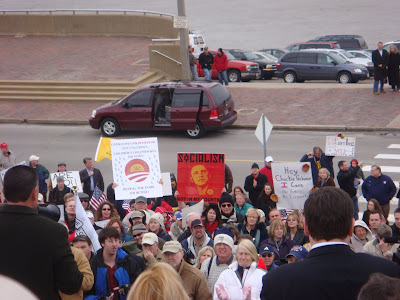 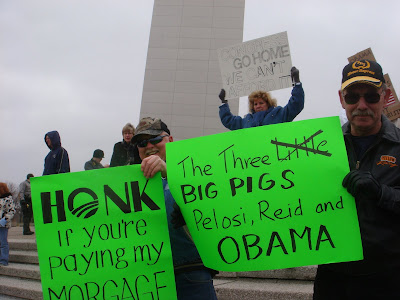 For more on the Tea Party Protests:
Check out Glenn Reynolds or Michelle Malkin‘s website.
Glenn has another update here.

Founding Bloggers has pictures from the Chicago tea party where they were chanting “Socialism Sucks!”

Slapstick has photos from Denver.

The Provacateur has a report from Oklahoma City.

Gay Patriot has pics from the LA protest.

Reboot Congress has more from the St. Louis protest.