Chip Harrison, a devout Christian and father of a special needs child, was pulled over this week for displaying an anti-Obama poster on his truck window.
The Oklahoma police took his sign and called the Secret Service who searched his home.
Later today he told his story to the media:

The police officers who stopped Oklahoma motorist Chip Harrison and confiscated a sign from his car told him he has a right to his beliefs. But they took his sign and called the Secret Service who searched his home after the traffic stop according to the incident report released this morning.

The sign, which read “Abort Obama Not the Unborn,” was returned to Harrison later that day.
He put it back up in his truck window.

More… Here are a few “abort Bush” signs that didn’t seem to bother the Bush Secret Service so much a few months ago: 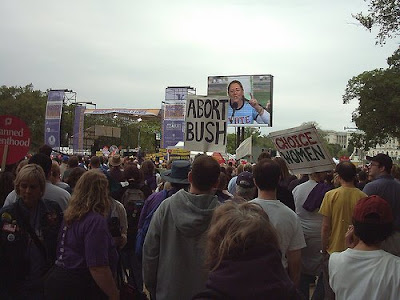 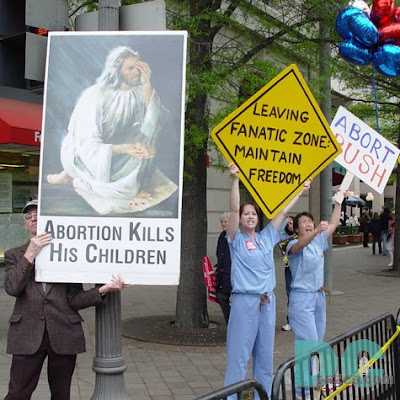 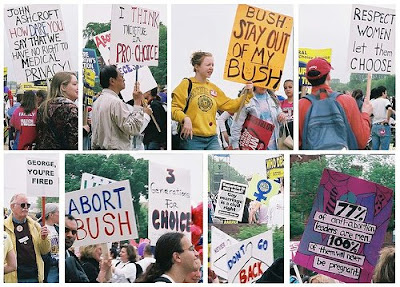 And, they even made “abort Bush” bumper stickers:

Obviously, there were no arrests made for posting this on your car.
Hat Tip Jason

Remember: “This is the change you’ve been looking for.”