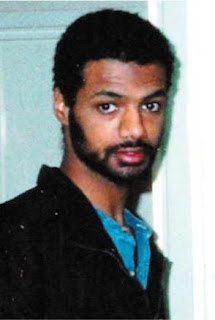 Binyam Mohamed was planning to blow up an apartment block in the United States when he was arrested. He was also alleged to have played a role in what US counter-terrorism analysts characterized as a “dirty bomb plot” with convicted terrorist Jose Padilla. (Daily Mail)

Binyam Mohamed arrived in London earlier today after being released from Gitmo:

Team Obama released suspected dirty bomber trainee Binyam Mohamed from Gitmo today.
He is on his way back to Great Britain.
The AP reported:

Binyam Mohamed, a British resident held at Guantanamo Bay for more than four years, was released and put on a plane to Britain on Monday and accused the U.S. government of orchestrating his torture.

Mohamed, 30, was due to arrive back in Britain shortly following his release from the U.S. prison camp on Cuba. His statement was issued via his lawyers after his release.

“I have been through an experience that I never thought to encounter in my darkest nightmares,” said Mohamed, an Ethiopian citizen who has British residency.

“Before this ordeal, ‘torture’ was an abstract word for me. I could never have imagined that I would be its victim. It is difficult for me to believe that I was abducted, hauled from one country to the next, and tortured in medieval ways — all orchestrated by the United States government.”

The United States agreed to release Mohamed last week after 18 months of pressure from the British government. He is the first Guantanamo Bay detainee to be released since President Barack Obama came to power…

Mohamed has been accused of receiving al Qaeda training in Afghanistan and Pakistan and of plotting to detonate a “dirty bomb” on the U.S. transport network, but all charges brought against him have been dropped and he has never been tried.

“When we get people who are more concerned about reading the rights to an Al Qaeda terrorist than they are with protecting the United States against people who are absolutely committed to do anything they can to kill Americans, then I worry.”

UPDATE: British officials announced that Binyam is free and faces no further action.