Obviously, despite the Obamedia, not all Americans are impressed with the historic trillion dollar spending and weakening of America by Dear Leader and the Democratic Congress. 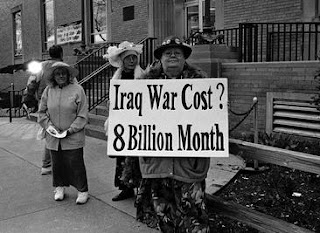 Obama has already blown at least twice as much money in his first month in office as the total cost of the Iraq War.

Well, before Obama stepped in front of Congress this evening, Gallup published the following:

For the first time since Gallup began tracking Barack Obama’s presidential job approval rating on Jan. 21, fewer than 60% of Americans approve of the job he is doing as president. In Feb. 21-23 polling, 59% of Americans give Obama a positive review, while 25% say they disapprove, and 16% have no opinion.

Almost exactly eight years ago, then newly-elected President Bush’s numbers were 62 percent approving his performance, 21 percent disapproving, and 17 percent having no opinion.