Obama introduced a cap and trade program today–
The plan may cost American companies billions of dollars and could result in the loss of 4 million jobs.

Obama released his 2009 budget today.
The pdf is here.

Included in this year’s budget is a new Cap and Trade Program: 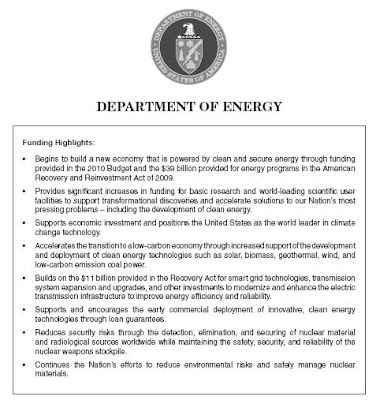 This is the same program that just collapsed in Europe.
You’d think the media might want to mention that?
Oh well.

Brietbart reported on the Obama cap and trade proposal:

President Barack Obama will propose raising new revenue through a greenhouse gas cap and emissions trading scheme when he unveils his first budget on Thursday, US media reported.
The budget he will present assumes an emissions trading system will generate revenue by 2012, the Washington Post reported.

Fifteen billion dollars of the money generated would be directed to clean-energy projects, the Post said, citing sources familiar with the document.

Another 60 billion would go to tax credits for lower- and middle-income working families, and the rest to help families, small businesses and communities deal with higher energy costs, the paper reported.

The Post cited testimony to Congress in September by Peter Orszag, currently Obama’s budget director, estimating that revenue from a cap-and-trade scheme could reach 112 billion dollars by 2012.

According to Orszag, who at the time was director of the Congressional Budget Office, the program — which would force companies to buy permits if they exceed pollution emission limits — could generate between 50 and 300 billion dollars a year by 2020.

Obama’s cap and trade plan could cost industry billions of dollars.
4 million American jobs may be lost as a result of this program.
Human Events reported:

The potential costs to America from cap-and-trade policies are enormous. The Department of Energy estimates that S. 2191, the Warner-Lieberman cap-and-trade proposal, will increase the cost of coal for power generation by between 161% and 413%. DOE estimates GDP losses (see chart) over the 21-year period they forecast, at between $444 billion and $1.308 trillion, with particular damage to the manufacturing sector. (This gives some hope that organized labor will, in a rare occurrence, oppose Democratic leaders on this issue.) Winegarden estimates that this bill could increase unemployment by 2.7% or about 4 million jobs. In fact, companies are already preparing to avoid increased level and volatility of American energy prices by setting up factories and partnerships in countries which won’t be subject to cap-and-trade restrictions…proving with real-world behavior of producers that no carbon-limiting regulation can succeed if it is not universal.

This sounds like just what the country needs during a recession to fight pretend global warming.

More… Obama’s plan will result in nearly $1 trillion in new taxes over the next 10 years starting in 2011.