Not everyone is hurting… 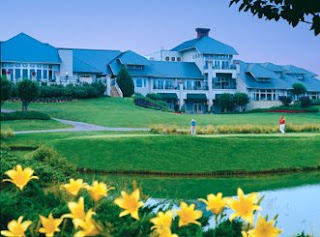 Barack Obama flew down to speak to House Democrats at their taxpayer-funded spa and retreat at Kingsmill last night.

Mitt Romney urged Obama to push his party members for more discipline with their trillion dollar pork sandwich they are pushing on America.
Romney also told the president that now is not the time to vote present.
CNN published his editorial today:

These are extraordinary times, and like a lot of Republicans I believe that a well-crafted stimulus plan is needed to put people back to work. But the Obama spending bill would stimulate the government, not the economy.

We’re on an economic tightrope. The package that passed the House is a huge increase in the amount of government borrowing. And we’ve borrowed so much already that if we add too much more debt, or spend foolishly, we could invite an even bigger crisis.

We could precipitate a worldwide crisis of confidence in America, leading to a run on the dollar or hyperinflation that wipes out family savings and devastates the middle class.

It’s still early in the administration of President Obama. Like everyone who loves this country, I want him to adopt the correct course and then to succeed. He still has a chance to step in and insist on spending discipline among the members of his own party.

It’s his job to set priorities. I hope for America’s sake that he knows that a chief executive can’t vote “present.” He has to say yes to some things and no to a lot of others.

As someone who spent a career in the private sector, I’d like to see a stimulus package that respects the productivity and genius of the American people.

Unfortunately, Barack Obama already congratulated House leaders for their discipline in crafting the trillion dollar bill at their taxpayer funded spa retreat in Virginia last night.
Democrats obviously have no intention of cutting the fat from their hog.

UPDATE: Paul Mirengoff added this on Obama’s lame and partisan defense of the bill:

President Obama is substantially diminishing himself by making such bankrupt arguments to defend a bill that Nancy Pelosi and company came up with, and that the public understands to be radically partisan and vastly flawed.