A court lifted the ban Monday on identifying the only arson suspect so far in Australia’s recent deadly wildfires, the AP reported. Brendan Sokaluk, a 39-year-old man and former volunteer firefighter, was arrested Friday and charged with one count of arson causing death and one of lighting a wildfire in connection to a blaze known as the Churchill fire that killed at least 21 people.

Brendan’s MySpace page has been deleted but here is a glimpse at it from before is sunk down into the memory hole: 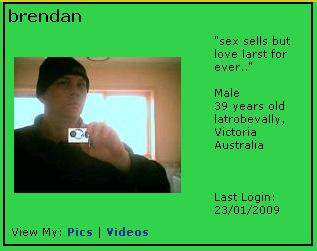 Brendan Sokaluk was arrested this weekend for setting the fires. 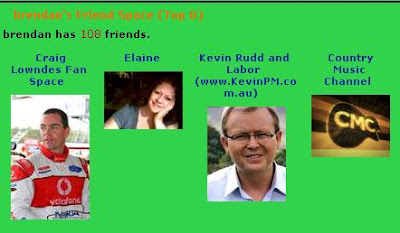 Brendan Sokaluk and his friends.

Facebook users called for Sokaluk to “burn in hell”.