Hmmm. Are we looking at a “forest fire jihad.” 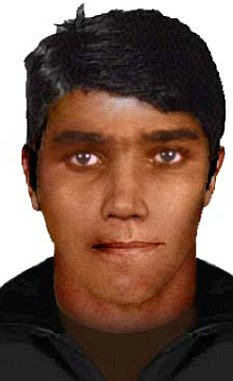 Wanted: Australian police released this composite of the man they believe is responsible for starting a fire near Melbourne today. (Mail Online)

Today they arrested a suspect.
Dinah Lord reported this from The Australian today:

POLICE have charged a 39-year-old Gippsland man over the Churchill bushfire, which has killed at least 21 people.

The man was arrested in his home town yesterday and was charged with arson causing death, intentionally or recklessly causing a bushfire and possessing child pornography.

The charges were laid during a closed session at the Morwell Magistrates Court and he was removed to the Melbourne Custody Centre for his own safety.

Enraged locals pounded the police van carrying the suspect, who cannot be named because of a suppression order, as it departed for Melbourne yesterday.