Of course.
ACORN funding is back in.
…Millions of dollars to ACORN!
Michelle Malkin reported on the recent additions to the Spendulus Bill after democrats held their closed-door meeting yesterday:

· $5 billion increase for the state fiscal stabilization fund (originally cut by Nelson-Collins), making it a grand total of $53.6 billion

· $2 billion for neighborhood stabilization program, money for groups like ACORN

· $1 billion added back for Prevention & Wellness Programs, including STD education

· Federal Coordinating Council for Comparative Effectiveness Research was added back in, leading Americans down the path towards healthcare rationing (63 patient advocacy groups signed a letter voicing their concerns with this provision) 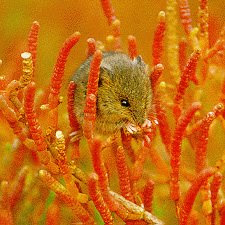 And, Majority Leader Harry Reid is getting a Vegas train.