Now we know how Democrats plan to save the auto industry…

SEMA.org sent out this news alert tonight.
Democrats want to include a new car crushing plan in the “stimulus” bill where the government would buy new cars and trucks that obtain less than 18 mpg and crush them. 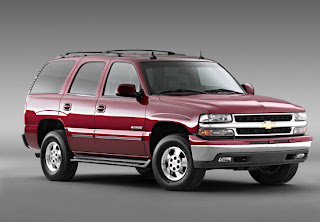 Senator Diane Feinstein (D-CA) and Rep. Henry Waxman (D-CA)
Oppose S. 247 and H.R. 520
SEMA ( Specialty Equipment Market Association) is opposing an effort by some Washington lawmakers to include a national car crushing program in the upcoming economic stimulus package. Vehicles targeted for the scrap pile will likely include Chevy Blazers, Silverados, S-10s and Tahoes; Dodge Dakotas and Rams; Ford Explorers and F-Series; Jeep Cherokees and Wranglers; and any other SUV or truck that obtains less than 18 mpg.

The so-called “Accelerated Retirement of Inefficient Vehicles Act” is “Cash for Clunkers” with a twist. Instead of focusing exclusively on old cars as is typical with scrappage programs, this bill will target any vehicle with lower fuel-economy ratings. Participants will receive a cash voucher to purchase a more fuel-efficient new car or used car (model year 2004 or later) or receive credit for the purchase of public transportation tickets.

Under the legislation, “fuel efficient” means at least 25% better mileage than the CAFE standard. It will be illegal to resell the scrapped vehicles. Bill sponsors want to destroy 4 million pickups and SUVs over the next four years.

The program will fail to achieve its goal of improving fuel efficiency and stimulating car sales, but will increase unemployment and the cost of used cars and parts. Here’s why:

* Given the minimal $1,500–$4,500 voucher value, the program will lure rarely driven second and third vehicles that have minimal impact on overall fuel economy and air pollution. This is not a wise investment of tax dollars.

* The program will reduce the number of vehicles available for low-income individuals and drive up the cost of the remaining vehicles and repair parts. This is a basic supply-and-demand reality.

* The program will remove the opportunity to market specialty products that are designed exclusively for the targeted pickups and SUVs, including equipment that increases engine performance and fuel mileage. Congress will be enacting a program to eliminate jobs and reduce business revenues in the automotive aftermarket.

* The idea that the trucks and SUVs must be scrapped in order to save energy is irrational. The program’s “carbon footprint” does not factor in the amount of energy and natural resources expended in manufacturing the existing car, spent scrapping it and manufacturing a replacement car.

* The program fails to acknowledge driver needs, such as the ability to transport a family, tow a trailer or rely upon the performance, safety and utility characteristics associated with the larger vehicles. Instead, these vehicles will be destroyed.

* There is no evidence that the program will achieve the goal of boosting new-car sales or increasing fuel mileage. Many states have considered scrappage programs in the past as a way to help clean the air or increase mpg, but abandoned the effort because they simply don’t work. The programs are not cost-effective and do not achieve verifiable fuel economy or air-quality benefits.

* The program will hurt thousands of independent repair shops, auto restorers, customizers and their customers across the country that depend on the used-car market. This industry provides thousands of American jobs and generates millions of dollars in local, state and federal tax revenues.

“Our members, like all business entities, are suffering the effects of the stalled economy,” said Steve McDonald, SEMA vice president of government affairs. “In fact, for our members that market product for newer vehicles, we depend on a thriving and vibrant auto industry to create new business opportunities. We support efforts to spur new-car sales. We don’t, however, support public policy efforts that we are convinced don’t work and will waste tax dollars in the process.”

SEMA Urges You to Oppose This Legislation

This is pure insanity.
The program would cost a fortune and deliver nothing.
And, of course the ones who will be hurt the most are low income individuals.
But, this doesn’t seem to bother the democrats.