The nation’s unemployment rate bolted to 7.2 percent in December, the highest level since Bill Clinton was in office. 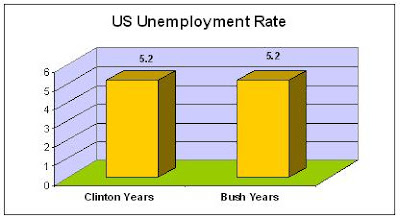 Data taken from the Misery Index.

It must be a depression.

America’s North Shore Journal has more on today’s unemployment rate including this:

It is also clear that education matters. The December overall unemployment rate for people without a high school diploma is 10.9%. The diploma reduces the rate to 7.7%. Having some college brings it down to 5.6% and having that 4 year degree lowers it to 3.7%.

More… BG posted this news that is mot making many headlines: “The dollar rose against the euro and posted its biggest weekly gain since October after a U.S. government report showed payrolls shrank last month less than some economists forecast.”