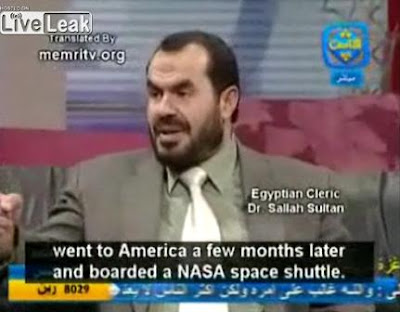 “America, which gave [Israel] everything it needed in these battles, will suffer economic stagnation, ruin, destruction, and crime, which will surpass what is happening in Gaza. One of these days, the U.S. will suffer more deaths than all those killed in this third Gaza holocaust. This will happen soon.” 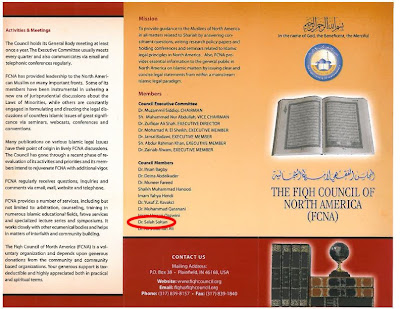 A top US Islamic cleric called for the destruction of America on Egyptian TV.
Patrick Poole at Pajamas Media reported, via LGF:

Islamic cleric Salah Sultan appeared on Egypt’s Al-Nas TV last week and delivered a warning of death and destruction for America. Not only did he attack the U.S. for its military support of Israel in its fight against the Hamas terrorist organization, but he vowed retaliation such that more Americans would be killed than those Palestinians (and, presumably, Hamas terrorists) killed in the present conflict in Gaza, emphasizing that this would take place “soon”:

America, which gave [Israel] everything it needed in these battles, will suffer economic stagnation, ruin, destruction, and crime, which will surpass what is happening in Gaza. One of these days, the U.S. will suffer more deaths than all those killed in this third Gaza holocaust. This will happen soon.

He also invoked a notorious Islamic hadith on the inevitable annihilation of the Jews by Muslims:

The stone, which is thrown at the Jews, hates these Jews, these Zionists, because Allah foretold, via His Prophet Muhammad, that Judgment Day will not come before the Jew and the Muslim fight. The Jew will hide behind stones and trees, and the stone and the tree will speak, saying: “Oh Muslim, there is a Jew behind me, come and kill him.” The only exception will be the Gharqad tree.

…It should be noted that Salah Sultan is not some obscure figure in the American Islamic world. He serves as a member of the Fiqh Council of North America. Touted as the top Islamic governing body in the U.S., the Fiqh Council is an arm of the Islamic Society of North America. Sultan founded and served as president of the Islamic American University in Southfield, Michigan; he was the national director of tarbiyah (Islamic instruction) for the Muslim American Society; and he continues to operate the American Council for Islamic Research, based in my hometown of Hilliard, Ohio.

Sultan’s Al-Nas TV appearance last week was recorded and translated by the indispensable Middle East Media Research Institute (MEMRI). Curiously, as soon as MEMRI published the video clips of Sultan’s harangue, references to Sultan’s membership with the Fiqh Council were scrubbed from its website. His name has been removed from its list of council members, even though he appeared there as recently as early last week. However, Sultan is still listed as a member on the Fiqh Council’s brochure posted online (no doubt that will be remedied as soon as they are informed of this report).

A copy of the Fiqh Council brochure is posted above.

Salah Sultan advocated for Islamic theocracy in US elections back in September.