The dictators are lining up for those talks without preconditions with Barack Obama. First it was Cuba who this week announced that they are ready to talk. Then, Venezuelan Marxist Hugo Chavez joined in.

Now… Izzat Ibrahim al-Douri, the leader in exile of Saddam Hussein’s Baathist Party announced that he wants to hold talks with President Obama. Talk about an opportunity! Barack Obama “always” was against the War in Iraq… It was a diversion. The surge didn’t work. It was the worst foreign policy move in history. It was lost… Now he can make it all right again.
Drain the marshes– Fill the mass graves– Open the rape rooms– Cut off tongues– Start a clandestine weapons program– Send financial support to Palestinian killers!
What luck!

Barack can bring it all back… Forget democracy. Forget human rights. Forget progress and peace. Forget a free people.
Now Barack Obama, if he has the guts, can put Iraq back under the Baathists.
The democrats will love it. Then they can go to the UN for another 10 years and threaten the Baathist regime with resolutions.
Haaretz reported:

A former aide to Saddam Hussein said in an audio tape aired on Tuesday that Israel would not have dared to launch its current attack on Gaza if the Iraqi leader was still in power.

But Izzat Ibrahim al-Douri, the most senior member of the past regime still at large, said on the recording broadcast by Al Jazeera television that Iraqi insurgents would negotiate with Washington if the administration of president-elect Barack Obama withdrew from Iraq.

“We are with you on the battlefield… and Gaza shall be victorious, God permitting,” he said. The television did not say how it obtained the recording and its authenticity could not be verified.

Ibrahim also addressed Obama, whose opposition to the Iraq war was a major part of his election campaign, but who has also said he wants a responsible withdrawal.

“If you withdraw fully from Iraq and leave it to its people, free and independent, we will enter a dialogue with you immediately to set up the widest strategic relations with America,” Ibrahim said, adding that Washington had “legitimate strategic interests” in Iraq and the region. 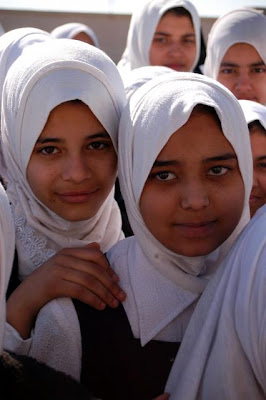