You’re kidding me right?
It makes it hard to side with the private sector over godless politicians when failed executives are making decisions like this. 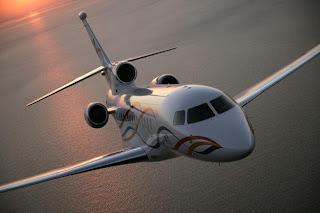 The Dassault Falcon 7X is a beauty… And is made in France.

Beleaguered Citigroup is upgrading its mile-high club with a brand-new $50 million corporate jet – only this time, it’s the taxpayers who are getting screwed.

Even though the bank’s stock is as cheap as a gallon of gas and it’s burning through a $45 billion taxpayer-funded rescue, the airhead execs pushed through the purchase of a new Dassault Falcon 7X, according to a source familiar with the deal.

The French-made luxury jet seats up to 12 in a plush interior with leather seats, sofas and a customizable entertainment center, according to Dassault’s sales literature. It can cruise 5,950 miles before refueling and has a top speed of 559 mph.

The only thing worse than this is that Democrats are telling America they need to pass an “urgent stimulus bill” when a mere $26 billion of the House stimulus bill’s $355 billion in new spending would actually be spent in the current fiscal year.