It’s time to saddle up those unicorns…
PEPSI kicks off Age of Obama (AB- After Barack) with a new Oba-logo and Hopey-Change website to honor the Marxisant radical: 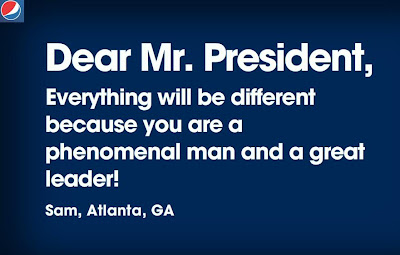 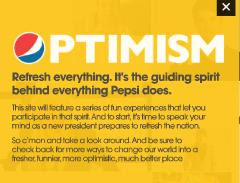 Debbie Schlussel also discovered that Honest Tea is in the tank for Obama too: 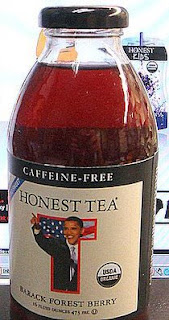 Debbie adds this: One of my fave low-cal teas, Honest Tea (which is also Obama’s fave) is now in the tank for him, too, proclaiming that this proven liar is “Honest.”
Puh-leeze.

Pepsi’s president Indra Nooyi likened the US to the middle finger in 2005.
Hat Tip Larwyn