The official flag of The Obama States of America was on display today in Baltimore: 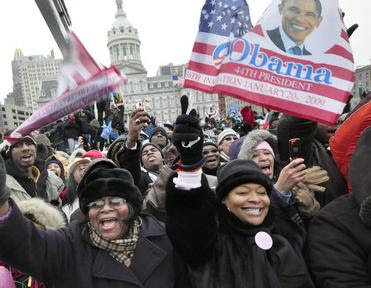 Inside Charm City posted this on the US Flag Code: “The flag should never have placed upon it, nor on any part of it, nor attached to it any mark, insignia, letter, word, figure, design, picture, or drawing of any nature.”

Obama also announced his permanent campaign, Organizing for America, today to push his agenda on the country. This sounds like an offshoot of his Marxist Youth Corps that he talked about back in November.

It’s moves like this that may explain the sudden surge in firearm sales after the November election.