Singer Amy Winehouse have been included on a terror target list that was compiled on a radical Islamic website. 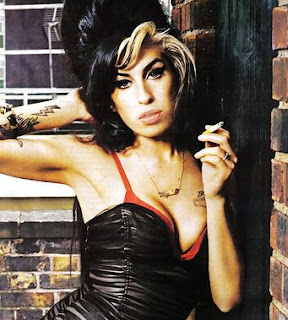 Click Photo to Play Winehouse… No, No, No
Yahoo Music reported:

Reports have emerged today (January 7) claiming that Amy Winehouse and Mark Ronson have been included on a “terror target” hit list made in reaction to the current conflict in the Gaza region.

The Sun said comments were made on the forum of Ummah.com.

A post on the forum apparently called for users to compile “a list of top Jews we can target,” which included both Winehouse and Ronson’s names.

British anti-terror expert Glen Jenvey told The Sun that the comments should be taken seriously.

“The Ummah website has been used by extremists,” he said. “Those listed should treat it very seriously. Expect a hate campaign and intimidation by 20 or 30 thugs.”

Other celebrity’s allegedly included on the list are The Apprentice U.K.’s Sir Alan Sugar and British Foreign Secretary David Miliband.