Andy Levy at BIG Hollywood wrote his “To Don’t” list for the right today.
It is worth the read.

DON’T let Barack Obama or the media tell you that they saved Iraq a year from now.
Barack Obama voted to cut-&-run like the rest of the Democrats… several times.
If Obama had his way Iraq would be in the hands of Al-Qaeda or Iran. Don’t let the media spin this any other way.
Bush, Petraeus and the military saved Iraq.

DON’T believe democrats when they say they support the troops. They don’t. If they supported the troops they would not aid and abet the enemy. They would not have given the terrorists a reason to continue to slaughter American soldiers and innocent civilians. Democrats support their own power.

DON’T believe the mainstream media. Don’t take their propaganda as fact. It’s more than likely that they are just spewing out the part of the story they want you to hear. The media is just a vehicle for the radical Left to push their extremist agenda on America. Check and double check everything.

DON’T believe the mainstream media. They report bogus stories.
Like this: 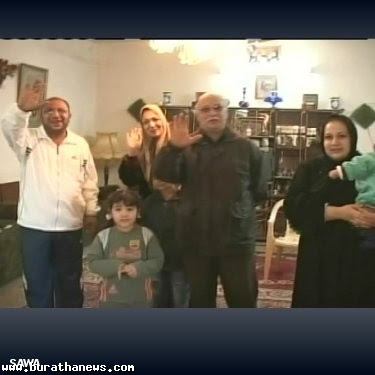 On November 29, 2007, the Western media reported that 11 close family members of Jordanian-based Baathist reporter Dia al-Kawwaz, who runs the online anti-Iraq newspaper Shabeqat Akhbar al-Iraq, were slaughtered in Baghdad. This made headlines around the world. Two days later, the “dead family members” of Dia Al-Kawwaz appeared on Iraqi television smiling and waving to the cameras. Not one Western media organization showed this photo or film of the waving family members. (Iraqi Barutha News photo of the Al-Kawwaz family- very much alive!)

DON’T be silent. The Left is aggressive and violent. They are threatening. They are unforgiving. Regardless, do not back down.

DON’T give up. Don’t let the Left proceed with their socialist agenda without pushing back. Don’t give up on America.

UPDATE: Here’s another one by Friend of USA:

Don’t litter like Obama worshipers did yesterday at the inauguration.

Legal Insurrection offers this, “Do Unto Obama As Obama Did Unto Bush? You Betcha.”