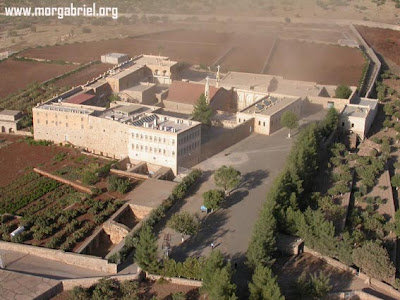 Local Muslims want the monastery of Mor Gabriel to be appropriated and divided up among them. They say there used to be a mosque there and have a case with the Turkish Court.
The monastery was founded in 397 AD.
Islam, of course, was founded in the 7th century.
Asia News and ROP reported:

Demonstrations are being held in many European countries to save the monastery of Mor Gabriel, a spiritual center for the Syriac Orthodox community in Turkey.

Founded in 397, it is the oldest functioning Christian monastery in the world. It is located on the plateau of Tur Abdin, “The Mountain of the Servants of God,” on the Turkish border with Iraq. The see of the metropolitan archbishop of Tur Abdin, Mor Timotheus Samuel Aktas, with its three monks, 14 nuns, and 35 young people who live and study there, it is a religious and cultural point of reference for all Syriac Orthodox Christians, who still preserve ancient Aramaic, the language of Jesus. Every year it welcomes more than ten thousand tourists and pilgrims, many of them Syriacs of the diaspora in Germany, Switzerland, and Sweden.

Now, however, the future of the monastery and the Christian minority is threatened by a series of lawsuits against the monks and the prestigious religious institution. In August of 2008, the leaders of three Muslim villages around the monastery accused the community of proselytism, for having students to whom they can hand down the Christian faith and the Aramaic language. Their case has not yet been accepted by the Turkish court. But the village leaders are also asking that the monastery’s land be appropriated and divided among the villages; that a wall be knocked down that was built during the 1990’s (when the monastery was on the front of the conflict between the Turkish army and the Kurdish communist party (PKK)). According to the Muslim leaders, there used to be a mosque on the land where the monastery was built. “The accusation is absurd,” says David Gelen, leader of the Aramaic Foundation, “the monastery dates from 397 A.D., about 200 years before the prophet Mohammed and the construction of any mosque whatsoever. And yet the court has considered hearing the case.”

Gelen says that he thinks a “campaign of intimidation” is underway against the religious of the monastery. “Bishop, monks, and nuns,” Gelen continues, “are always threatened in the most direct way possible by the inhabitants of the village, and they do not dare present themselves at trial or defend themselves in some way. So for some time, the monks and nuns have not had the courage to leave the confines of the property.” 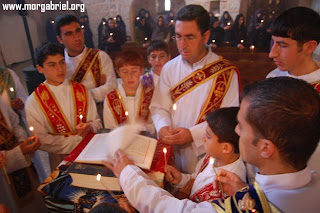 The ancient Aramaic language of Jesus is still taught and spoken at the monastery. 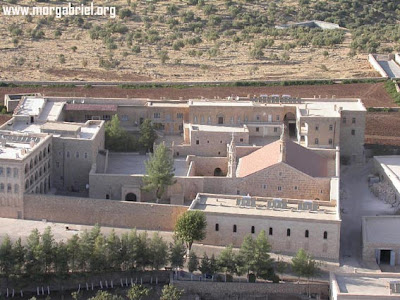 Mor Gabriel is the oldest functioning Christian monastery in the world.