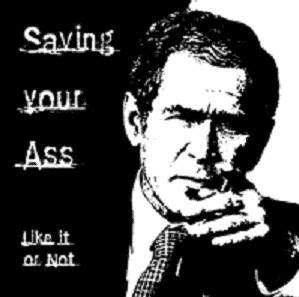 Here is a politically incorrect assessment: Today President George W. Bush will hand over to his successor a Middle Eastern foreign policy outlook far brighter than the one he inherited from Bill Clinton. The 44th US president will have in the Gulf area and beyond what No. 43 so desperately missed: freedom of action to react to upcoming crises.

To anybody who looks at a map of the greater Middle East and who remembers what it looked like eight years ago, it is obvious. When President Bush took over the Oval Office, he found Washington’s Middle Eastern policy locked in an unsustainable position: double containment of Iraq and Iran, with Islamic radicalism in Saudi Arabia and elsewhere festering in the background. The situation in Iraq was unfinished and untenable. Neither the no-fly zones in the Kurdish north and the Shi’ite south of the country nor the UN-imposed sanctions could be upheld much longer. Large contingents of US troops were tied up in neighboring Kuwait and Saudi Arabia. Washington found itself in a fix: Those troops could not stay forever, but withdrawing them would be tantamount to handing triumph to Saddam Hussein on a silver platter.

Double containment of Iraq and Iran was unsustainable, but had to be sustained all the same. For eight long years president Clinton had not known what to do about Iraq and had opted for the easiest way out: doing nothing. After 9/11 that was not an option. Bush had to act and make an attempt at bringing a modicum of stability to the world’s most unstable region.

EIGHT YEARS on, the US position in the Gulf looks much more manageable: Strenuous double containment of Iraq and Iran has given way to difficult but doable containment of Iran. Today, Iraq looks like the most promising country in the entire region. In Baghdad, the Arab world’s only democratic government has gained authority throughout the country. Sunnis, Shi’ites and Kurds have looked into the abyss of civil war and wisely shrank back from the edge. Baghdad is running up a budget surplus of $70 million, which will render peaceful deal making among Iraq’s tribes and religious factions easier. The country enjoys freedom of the press, and rebuilding is in full process.

On the oil market, Iraq has the potential to really make a difference. With 2.5 million barrels, production has already passed prewar levels. In a mid-term perspective, Iraq’s oil output could easily reach 4 million barrels, says Prime Minister Nuri el-Maliki’s chief oil adviser. Some 115 billion barrels of proven reserves make Iraq the world’s third most important oil country. Experts believe its reserves may well be larger than those of Saudi Arabia. Either way, Iraq could surely outproduce Iran, today the world’s third ranking oil exporter, or make up for Iran’s oil production entirely, at least for some time, if such a need ever arose.

Iraq’s success story is Bush’s success story. And it is not just about Iraq alone. The war, which tragically cost the lives of so many valorous US servicemen and women, put al-Qaida on the run. By bleeding the ranks of foreign terrorists from Morocco, Jordan, Syria, Saudi Arabia and other Middle Eastern countries, it took internal pressure off those very countries. Moreover, Bush’s war on terror forced governments from Morocco to Pakistan to choose sides. For decades they preferred to pay ransom to Islamist elements within their borders. “You are either with us, or against us” – Bush’s cold ultimatum put an end to that, most famously in Pakistan and Saudi Arabia.

IT DOES not take a rocket scientist to grasp the strategic value of the US position in Iraq: The country sits right in the middle of the so-called Middle Eastern arc of crises, reaching from Morocco to Pakistan. It borders on some of the most critical and crisis prone places of said arc: Jordan-Palestine, Syria-Lebanon, Iran, Saudi Arabia. Afghanistan and Pakistan are just two check points away.

Jim Hoft
Jim Hoft is the founder of The Gateway Pundit, one of the top conservative news outlets in America. Jim was awarded the Reed Irvine Accuracy in Media Award in 2013 and is the proud recipient of the Breitbart Award for Excellence in Online Journalism from the Americans for Prosperity Foundation in May 2016.
BREAKING: DNI Ric Grenell Declassifies Slew of Russia Probe Documents on Way Out the Door Including Michael Flynn Transcripts
Gates Foundation Buys Stock in Google, Twitter, Apple and Amazon in First Quarter Before Pushing Pandemic Panic Porn
"It's Coming" -- Reporter Adam Housley on Spygate Scandal: Names to Watch... McMaster, Rosenstein and John McCain
AIN'T GONNA HAPPEN: Missouri Health Officials Tell Partiers at Lake of Ozarks to Quarantine for 2 Weeks (VIDEO)
4 Killed, 19 Shot in St. Louis Over Memorial Day Weekend but StL Mayor Goes on MSNBC to Gripe About a Party at Lake of the Ozarks Instead!
See more...