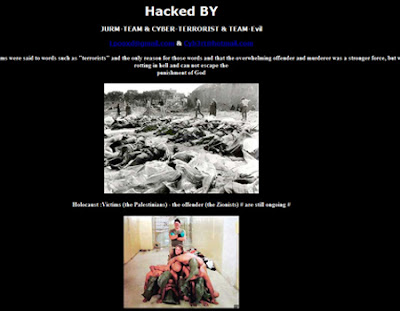 YNet News website was hacked today by an Islamic group based in Morocco. An image of naked pyramid being perpetrated at Abu Ghraid prison, the most violent atrocity in the history of mankind, was posted by the Islamists.

Here is the hackers’ calling card:

UPDATE: Saturday 08:51 AM CST– YNET has been hacked into again by the same group.