The St. Louis Instead of War Coalition sponsored a pro-Hamas walk today in University City. A few hundred people showed up on this bitterly cold day and walked down through the U City “Loop” and then dispersed.

In response, Daniel I. and his high school buddies organized a counter-protest at city hall in University City. About a 30 supporters of israel showed up according to one report.
Nice work guys! 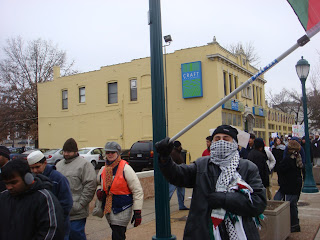 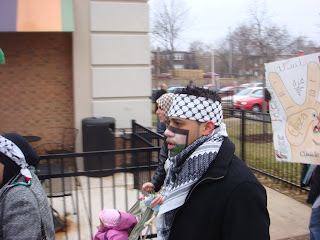 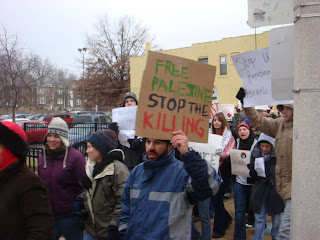 Here’s Daniel and the pro-Israel bunch: 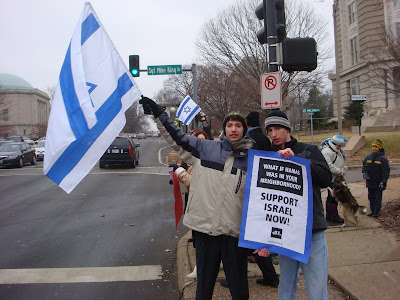 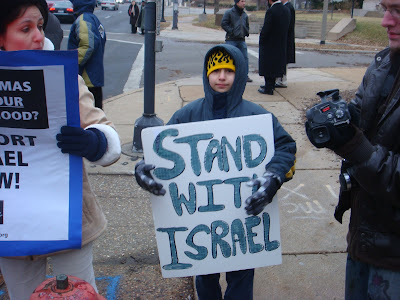 There was no trouble. One man from the Israeli counter-protest who followed the march for blocks on the other side of the street and continually shouted at them.
The American Muslim has a report on the protest.

Geobent has photos from the Seattle rally today.