Iranian Romper Room Kaboom–
The regime in Iran is using the current conflict in Gaza to teach children about the magnificence of martyrdom.
MEMRI TV reported:

Aired on Channel 1 (Iran) – December 29, 2008 – 00:03:53 : Iranian Toddlers Are Taught about Martyrdom and the Hatred of Zionists against the Backdrop of the Gaza Fighting

MEMRI has the transcript of the twisted brainwashing:

Children in unison: “Fight back.”

Child: “We would all get together so we could fight…”

TV host: “…the enemies and the bad people. That’s right, we would struggle against them and fight them. What do you say?”

Second child: “Our country… We must…”

Second child: “We will struggle until we win.” 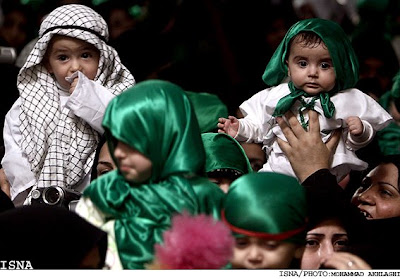 The mothers dressed their babies up as Palestinian martyrs for the occasion. (ISNA) 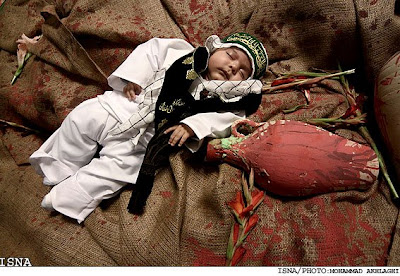 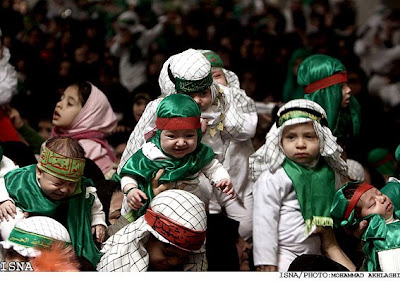 This followed yesterday’s “kids with coffins rally” sponsored by the regime.