Some of these protests are not just anti-Israel… 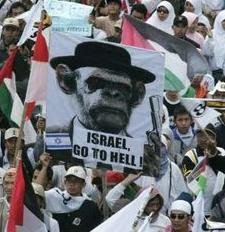 Indonesian Muslim protesters carry a banner as they march during a rally against Israeli attacks in the Gaza Strip, in Jakarta January 2, 2009. (REUTERS/Dadang Tri) 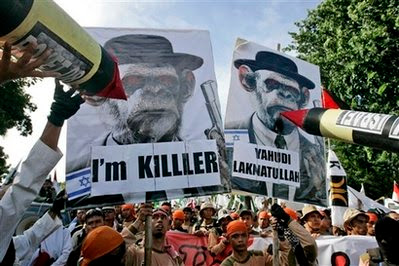 Power Line has more on the global anti-Semitic protests.