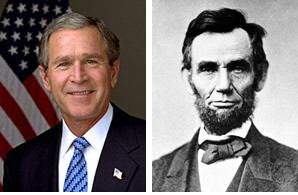 His administration rid the world and a nation of Sadaam Hussein, a despot whose sordid, tortuous crimes against humanity are well documented.

He paved the way for democracy in Iraq and other countries. It is still too early to tell if democracy will stick in any of those places, but people who have never voted are voting and, among others, women have new found rights to education and liberation.

If we begin to expect that any chief executive of anything — be it a country or a Fortune 500 company — cannot make a mistake or two among the hundreds, perhaps, thousands of decisions they make, then our standards have reached the point of ridiculousness.

Looking at Lincoln and Churchill and how they were viewed both in and out of office indicates how difficult it is to pre-judge history’s final assessment of a leader.

Both men were criticized for making quick and sometimes impulsive decisions against the advice of advisers. At times both were pilloried for decisions regarding war.

Lincoln bore the brunt of criticism for war casualties. More soldiers died at the Civil War battle at Antietam in one day — more than 7,000 — than the number American soldiers who have been killed in the war in Iraq. That number is about 4,500, which is not to imply those deaths are inconsequential or without great heartaches to their families.

Lincoln was criticized, as Bush has been, for running afoul of the Constitution and civil liberties. He suspended the writ of habeas corpus, which allows imprisoned persons to challenge the legality of their arrests and there were over 10,000 “arbitrary arrests” while Lincoln was in office.

Bush lacks the eloquence of both men.

Churchill was not only a galvanizing and witty speaker, he also wrote a book that won the Nobel Prize for Literature in 1953, “The History of the Second World War.” Lincoln earned immortality with his address at Gettysburg.

We know for virtual certainty that Bush’s speeches will not go down in history. He will not be known for a public display of intellectual depth. What we do not know, however, is how he will be ultimately judged. We know there has not been a foreign attack on our land since 9/11. Is it because of Bush’s policies?

If it is proven he kept our nation safe, we will begin to see him differently as leader. 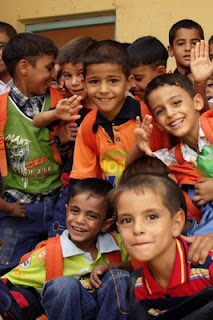 The comparisons are endless.

UPDATE 2: Charles Krauthammer notes that Bush’s rehabilitation is already in the works thanks to Barack Obama.