A German Expert on Afghanistan claims that the Obama Team has already rejected a peace settlement approved by Afghan President Karzai and his opponents:

The Obama transition team has already rejected out of hand a plan for a negotiated peace settlement in Afghanistan which had been approved by the Karzai government as well as by its opponents. A leading mainstream German Afghanistan expert, Christoph Hörstel, who had attempted to play the role of a back channel between Afghan circles and the Obama team, reports that his approach with this peace plan was brusquely rejected by Obama’s top Afghan advisor, who is not named in the report. This story is reported on the Swiss-German blog Alles Schall und Rauch. 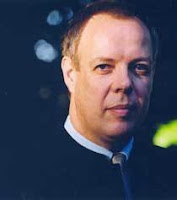 According to Hörstel (pictured), Afghan mujaheddin circles also report that their efforts to negotiate with the incoming Obama regime have also been rejected, despite the fact that Kabul is now virtually surrounded and coulld fall to the Taliban at any time.
Hoerstel is the author of two recent books on Afghanistan.

The German language audio tape of the Hoerstel interview is available at ths link.