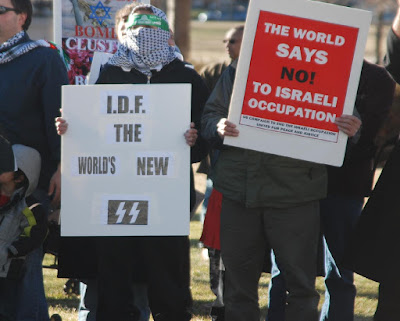 The Peoples Press Collective has photos from the Denver.

9 protesters were arrested in New York and seven officers were injured.

Atlas reported that a couple was brutally attacked after the pro-Hamas rally.