Czech artist David Cerny’s new art project commissioned by Prague in honor of its six-month stint at the head of the 27-member EU bloc has caused an uproar. The artwork depicts countries using stereotypes, not all of them flattering… at all.

Spiegel Online reported:
The Czech Republic wanted to add an artistic accent to its six-month stint as holder of the rotating European Union presidency, which began on Jan. 1. But the sculpture in Brussels has not been universally well received. It depicts national stereotypes across the 27-member bloc. And some countries find the piece insulting.
For instance: 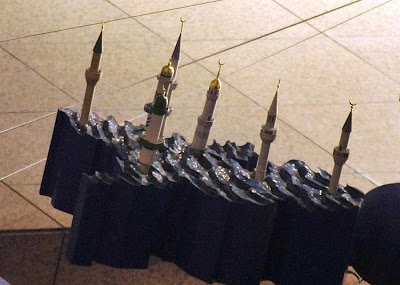 This is Holland, apparently showing the coastal country flooded by ocean waters with only minarets poking above the surface, apparently a reference to the country’s at times tense relations with its Muslim minority. 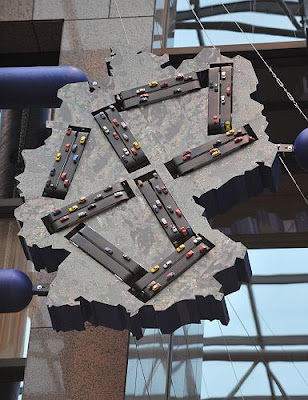 At first glance, it looks as though Germany got off relatively easy. The country is depicted in the sculpture, called “Entropa,” as being covered with autobahns. Some observers say the autobahn pattern recalls a swastika though artist David Cerny insisted to SPIEGEL ONLINE that that was not his intention.
Sure. 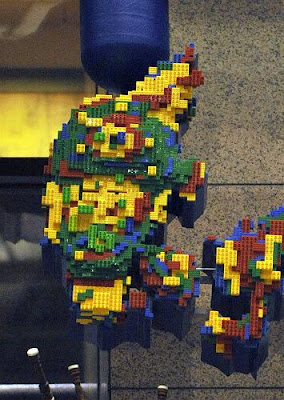 The sculpture cost €373,000 to make and it weighs eight tons. Denmark is shown as a collection of colorful Lego blocks — put together in such a way as to recall the infamous caricature depicting the Prophet Muhammad with a bomb in his turban.

Spiegel Online has more photos of the sculpture.