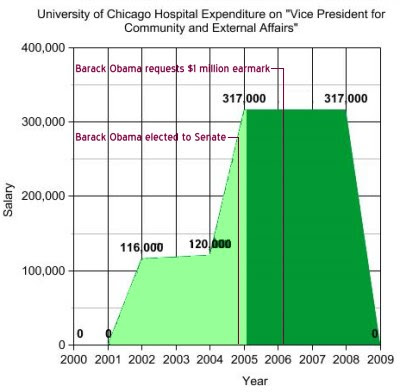 And, what a coincidence that the hospital Michelle worked at would just happen to get a million dollar earmark from Barack Obama in 2006(?)
It’s odd how things like that seem to keep happening in Illinois political circles.

Chisum added this from the comments:

Some roguish wags might speculate that a quid pro quo arrangement was in effect; pay-to-play as it were. But that seems highly unlikely given Barack Obama’s high ethical standards.