One thousand supporters of Israel packed the gym tonight at the Jewish Community Center to hold a solidarity rally for Israel. 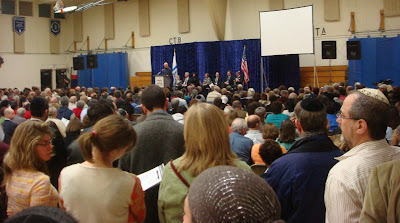 The speakers at the event included Missouri Lieutenant Governor Peter Kinder State Representative Maria Chappelle-Nadal. The rally was organized by the Jewish Federation of St. Louis and coordinated by the Jewish Community Relations Council.
The event was a great success.

The gymnasium was packed with supporters who listened to personal stories, prayed and collected donations to send to those who are suffering in southern Israel. 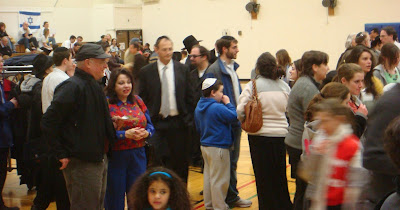 Children were making cards and drawing pictures that were going to be sent to Israel after the event. 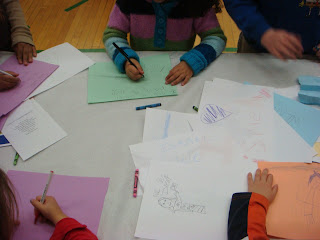 Jewish in St. Louis.org is posting more on the rally.

St. Lou Jew was there twitterblogging the event and offers several reasons to support Israel.

While the supporters of Israel continue to pray for a resolution to this crisis– here is a sample of the violent language that is coming from a typical Hamas rally:

Via MEMRI and LGF.
There clearly is a difference.