Pro-Israeli protesters rallied at the Israeli Consulate in Toronto today. 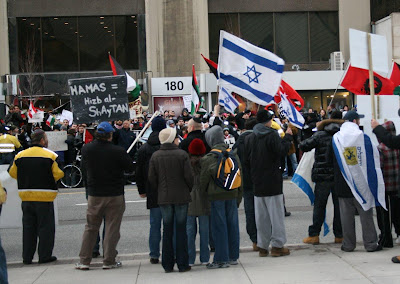 The protesters were there to counter the Pro-Hamas rally that was being held across the street. 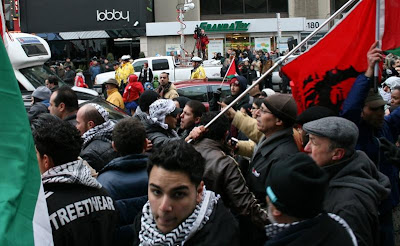 That was until the Pali protesters mobbed the the pro-Israel protesters while the police stood by and did nothing.

Winston was at the protest and took several photos.
He describes the mob scene.