Investigators believe that Joshua Turnidge may have triggered the bank explosion with a cellphone.
Investigators have not disclosed information about a motive. 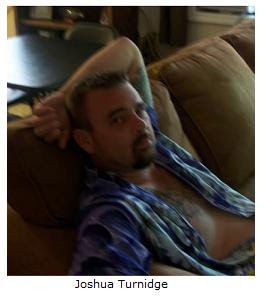 Oregon authorities say they’ve arrested a suspect in the bombing of a Woodburn, OR bank on Friday. The alleged bomber is 32-year-old Joshua Abraham Turnidge, of Bend, OR. –True Crime Report.

Oregon’s NBC affiliate in Portland KGW is reporting the name of the person believed to be responsible for the deaths of two police officers during a bank explosion in Woodburn.

32-year old Joshua Turnidge, named as bomb suspect, was arrested Sunday night at his NE Salem home. He was reportedly deep in debt and had just completed a difficult divorce.

The TV station reports that he had moved into the rental earlier this month with his girlfriend and 2 kids.