This is what we have to look forward to for the next four years.
The inmates are taking over the asylum. 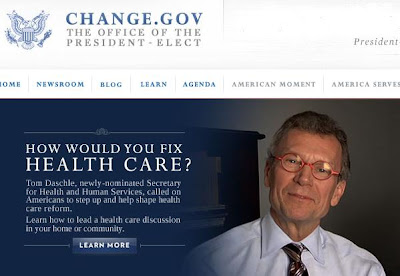 The Obama Team announced this week that pouring billions into new socialized health-care programs will boost the economy.
Of course it will.
The Washington Post reported:

President-elect Barack Obama and Democratic leaders in Congress are devising plans to significantly expand the health provisions in next month’s economic recovery legislation, arguing that pouring billions of dollars into an array of health programs will not only boost the economy but also make a down payment on promises of broader health-care reform…

…Daschle, a former Senate majority leader, said that “addressing our health-care challenges” offers the best hope for reducing personal bankruptcies, improving American competitiveness and helping “pull our economy out of its current tailspin.”

OK… Uncle… I give.
How does pumping billions into socialized health-care reduce bankruptcies, improve competitiveness and help pull the economy out of a tailspin?
Please help me unicorn rider. I’m confused.