MUMBAI TERRORIST VIDEO From Inside Train Station …Update: The Killers Were Coked Up

The Telegraph posted this video of the terrorist attack from inside the Mumbai train station:

Also… It was reported today that US intelligence passed warnings to India this past month that Pakistan-based terrorists would infiltrate its territory by sea to attack Mumbai landmarks, including the Taj Mahal hotel.

The lone terrorist survivor Ajmal Amir Kamal told authorities that his father sold him to the terrorist group.

More images were released from inside the Mumbai Jewish Center: 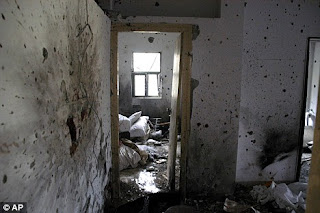 Horror scene: Blood spatters the walls inside the Jewish centre where two year-old Moshe Holtzberg was trapped as Islamic gunmen killed his parents during last week’s attacks. The Islamists tortured their Jewish hostages before they were murdered. (Mail Online) 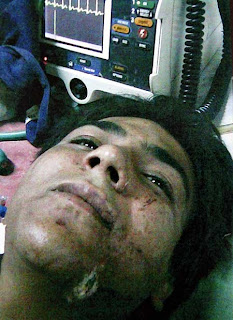 The killers were jacked up with cocaine and LSD for the attacks, via ROP.
…All coked up to kill.