Two-year-old Moshe Holtzberg’s parents were murdered by the Islamic terrorists in Mumbai.
Moshe was reportedly beaten by the terrorists. His mother was 6 months pregnant. 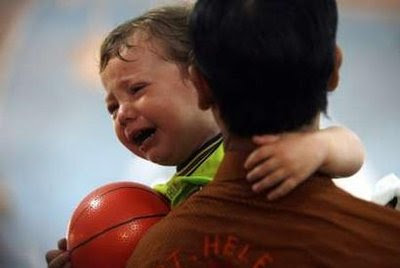 India has accused a senior leader of the Pakistani militant group Lashkar-e-Taiba of orchestrating last week’s terror attacks that killed at least 172 people here, and demanded the Pakistani government turn him over and take action against the group.

Just two days before hitting the city, the group of 10 terrorists who ravaged India’s financial capital communicated with Yusuf Muzammil and four other Lashkar leaders via a satellite phone that they left behind on a fishing trawler they hijacked to get to Mumbai, a senior Mumbai police official told The Wall Street Journal. The entire group also underwent rigorous training in a Lashkar-e-Taiba camp in Pakistani-controlled Kashmir, the official said.

It also was reported that Pakistani ex-aemy officials trained the terrorists:

The gunmen who attacked Mumbai set out by boat from the Pakistani port of Karachi, then later hijacked an Indian fishing trawler that carried them toward this financial capital on their suicide mission, a top police official said Tuesday.

As evidence of the militants’ links to Pakistan mounted, Mumbai police commissioner Hasan Ghafoor said ex-Pakistani army officers trained the group — some for up to 18 months — and denied reports the men had been planning to escape the city.

‘‘It appears that it was a suicide attack,’’ Ghafoor said, providing no other details about when the gunmen left Karachi, or when they hijacked the trawler.