It was not just CNN that was putting people in danger…
One British man was murdered after his chat with the BBC. 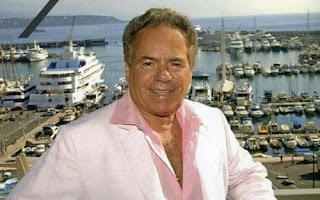 Andreas Liveras died from multiple gunshot wounds after he talked with the BBC from the Taj Mahal Hotel in Mumbai.

British tycoon Andreas Liveras was shot to death in the Taj Mahal Hotel shortly after he talked with the BBC and revealed his location.
The Telegraph reported:

Andreas Liveras, 73, was gunned down moments after he phoned the BBC from inside the Taj Mahal hotel to give an eyewitness account of the terrorist attacks.

He was one of dozens of Britons either injured or taken hostage by Islamic extremists during a series of co-ordinated raids on Western targets.

Eyewitnesses said the terrorists, who indiscriminately gunned down anyone in their path and set fire to the Taj Mahal and the Oberoi hotels, specifically targeted British and American tourists when they began taking hostages.

The killers demanded a list of the names and room numbers of all British and American guests at the Oberoi hotel, before rounding up hotel guests to begin a siege which has entered its second night with the fate of the hostages still unclear.

Indian officials said they were unsure how many hostages remained in the hotels following 24 hours of gun battles with soldiers, nor was it clear how many people remain trapped in their rooms by the fires.

Before he was hit, Mr Liveras, who built a £315 million fortune from his eponymous luxury yacht charter business, told the BBC he had just sat down for dinner at the Taj Mahal when the shooting began.

“We heard the machine gunfire outside in the corridor,” he said. “We hid ourselves under the table and then they switched all the lights off. But the machine guns kept going, and they took us into the kitchen, and from there into a basement, before we came up into a salon.

Here’s more from the Times.Online from his talk with the BBC:

“There must be more than 1,000 people here. There are residents and tourists and locals. We are not hiding, we are locked in here – nobody tells us anything, the doors are locked and we are inside. Hotel staff are helping us a lot providing water and sandwiches – but nobody is eating really, people are frightened.

“At this moment it’s very quiet. The last bomb exploded about 45 minutes ago and it shook the hotel up. Nobody comes in this room and nobody goes out and we don’t really know.

“All we know is the bombs are next door and the hotel is shaking every time a bomb goes off. Everybody is just living on their nerves.”

Mr. Liveras was texting his son Dion when he was killed just moments after describing the terror on his mobile phone..

This story, along with the CNN story from yesterday, makes you wonder: Did the Mumbai terrorists have contact with outside sources who were watching the Western media?

Regardless, this ought to be a lesson for those trapped when there are terrorists nearby…
Don’t tell the media your location!