She was too smart… so they tried to kill her. 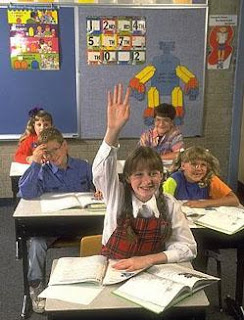 School children have tried to poison their classmate at a primary school in Hamburg because she was too smart, daily Express reported this week.

The eight-year old girl still can’t believe what happened to her. “They wanted to poison me and wanted me to die,” she said in an interview on television broadcaster RTL’s “Punkt12” show, the paper reported on Wednesday.

Her fourth grade classmates apparently disliked the smart girl because she got the best marks and had already skipped two classes. Two boys and two girls were so jealous they plotted to poison her.

One of the boys mixed what the students thought would be a deadly cocktail of shoe polish, perfume, window and bath cleaner at home. Another boy poured the mix into the girl’s drink bottle during recess the next day at school.

When the eight-year-old came back from her break, she noticed suspicious bubbles in the liquid and took only a small sip.

“I still got a stomach ache,” she told the television show. She was taken to hospital where doctors informed poison experts from the local police unit.

Despite the fact that her four classmates confessed to the poisoning, they can’t be charged with a crime because they are under the age of legal responsibility.