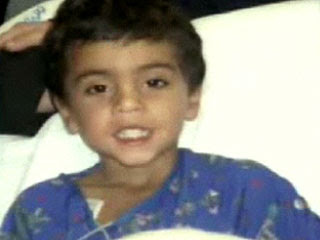 A 3-year-old Virginia boy was rescued Saturday after spending the night in the woods with only his puppies to keep him warm.

Jaylynn Thorpe, 3, of Halifax County, Va., was found at around 1 p.m. Saturday about a half-mile from where he disappeared on Friday afternoon after wandering away from his baby sitter’s house, FOX affiliate WRAL-TV reported.

They found him standing; he was wet, but the dogs were with him,” Jaylynn’s mother, Sarah Ingram, told FOX News on Monday. “I was told that the dogs slept with him. They could tell where they slept in the woods.”

Ingram said her son slept sandwiched between the two 12-week-old puppies, which officials say helped keep him warm through the 21-hour ordeal.

Jaylynn wandered away late Friday afternoon from his baby sitter, who is Ingram’s niece.