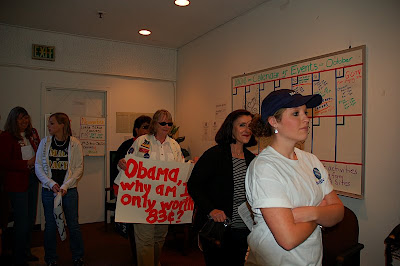 The unruly mob of McCain supporters crashed the Obama Campaign Headquarters in Colorado.
Cops were called on the women who were demanding equal pay for his female staffers. No arrests were made.

The Complete Colorado has more on the unruly mob.