Before the 2008 election Barack Obama’s supporters published outrageous and dishonest mock “Pro-Life” websites paid for by George Soros that claimed that Obama was pro-Life. 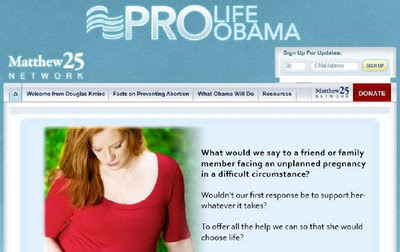 But, after his victory his advisors announced that one of his first moves would be to lift a ban that would swell the number abortions both here and abroad.

The Vatican has fired a warning shot over the bows of Barack Obama in response to the President-elect’s intention to lift the US ban on embryonic stem cell research.

Cardinal Javier Lozano Barragan of Mexico, who acts as the Vatican health minister, said that stem cells taken from human embryos and involving the destruction of the embryos “serve no purpose”.

Asked whether the Vatican was concerned about reports that Mr Obama might reverse the Bush Administration’s ban, the cardinal said that embryonic stem cell research had not resulted in any significant health cure so far and was “good for nothing”.

Research on adult stem cells and umbliical cords had been shown to have “positive value”, by contrast, although even that was not “a panacea for everything.”

He said the Vatican would seek clarification of the new administration’s position on stem cells, and he himself was not “fully aware” what it was.

Aides to Mr Obama indicated this week that he will reverse Mr Bush’s stand on stem cell research. The US Senate voted in July to remove restrictions on embryonic stem cell research, but the President vetoed the legislation the following day.

Mr Obama has supported stem cell research to find cures for diseases such as Alzheimer’s. His views are supported by Joe Biden, the Vice-President-elect, who is a Roman Catholic.

Obama carried a majority of the Catholic voters this year. They went 54% to 45% for Obama.