The Organisation of Islamic Conference at the UN contends that Muslims are at risk of a racial holocaust. 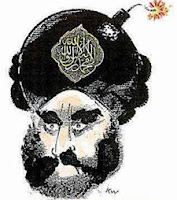 The group is pushing to make “defamation of Islam” a global criminal offence.
ROP and World Evangelical Alliance reported:

OIC & THE UN: ISLAMOPHOBIA AND “DEFAMATION OF RELIGION”

Durban I — the UN’s first World Conference on Racism, Racial Discrimination, Xenophobia and Related Intolerance — which was held in Durban, South Africa, in early September 2001 ended with a walkout over its virulent anti-Semitism. Yet sadly it now seems clear that the Durban Review Conference (or Durban II), which will be held in Geneva in April 2009, is shaping up to be even worse.

As a prelude to Durban II, a Second Preparatory Session of the 20-state Preparatory Committee — of which Libya has been elected chair with Cuba, Pakistan and Iran as vice-chairs — was held in Geneva from 6 to 17 October 2008. The resulting “Draft Outcome Document for the Durban Review Conference 2009” is now available on the United Nations Human Rights Council (UNHRC) website.

It is clear from the draft document, as well as from reports emanating from the subsequent 63rd UN General Assembly meeting held in Geneva during the first week of November, that a central focus of Durban II will be “Islamophobia”, which is being presented as “a new form of racism”.

Muslims, the draft declaration asserts, are at dire risk of a racial “holocaust” due to “a new form of racism” — “Islamophobia” — which is incited through “defamation of Islam”.

The draft declaration recommends that local, national and international laws and human rights covenants be reviewed and amended as necessary so that “defamation of Islam” is made a criminal offence, losing the protection it has long enjoyed under the “pretext” of “freedom of expression, counter terrorism or national security”. It recommends that legal instruments be established to punish offenders — that is, those who “defame” Islam by associating it with violence, human rights abuses or terrorism.

Anne Bayefsky, a York University professor and human rights lawyer who attended the Second Preparatory Session in Geneva, warns: “This is the new dimension of Durban 2, which in many ways makes it a greater threat than Durban 1. It’s really setting up a war of ideas, that has rough implications, between Islamic states and everybody else… Durban 1 was called an assault on Israel; a demonisation of Israel as racist and analogous to Apartheid South Africa. But in addition, Durban 2 is an assault on freedom of expression and other essential democratic rights and freedoms.” (Link 2)

Jim Hoft
DISTURBING VIDEO: Woman Goes Through Store's Displayed Computers and Touches Each One and Its Keyboard - Is Confronted by Customer
UN Wants a 10% Global Tax to Pay for New "Shared Responsibility" Program to Address Coronavirus Pandemic
HUGE! Infectious Disease Expert Says His Clinic Has Not Seen ANYONE UNDER 70 Who was not Obese or Pre-Diabetic Get Seriously Ill with COVID-19 (VIDEO)
Dr. Fauci Says His Immunity Testing is Not His Priority -- Would Help Leaders Know When to Restart Economy (VIDEO)
Heartland Trailways Writes Gateway Pundit -- Family Owned Charter Bus Lines Are Being Decimated by Economic Shutdown
See more...