Terrorist Doctor Confesses: "I Never Wanted to Kill or Injure Anyone When I Rammed That Jeep With Petrol and Gas Canisters Into the Airport"

The British doctor on trial for terrorism insists he never wanted to hurt or kill anyone when he crashed his car full of petrol and gas cannisters into the Glasgow Airport in June 2007.
Of course not. 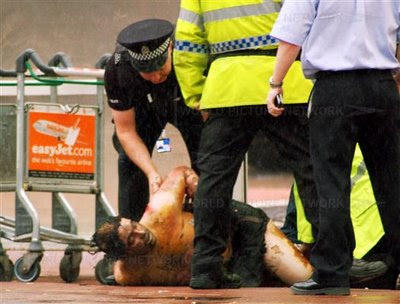 Two Asian trained doctors tried to escape after the attack in Glasgow, with one being badly burned. They were stopped by police and passer-bys. The airport was evacuated and all flights were cancelled. (WPN)

The BBC reported on the terror trial today:

An NHS doctor accused of attempted car bombings in London and at Glasgow Airport has admitted that according to English law he is a terrorist.

Bilal Abdulla, 29, is alleged to have crashed into the airport in a Jeep laden with petrol and gas canisters.

But he told a jury he never wanted to kill or injure anyone.

Dr Abdulla, from Paisley, and Dr Mohammed Asha, 27, from Newcastle-under-Lyme, deny conspiracies to murder and to cause explosions.

The defence has said that Dr Abdulla and friend Kafeel Ahmed, 28, wanted to highlight the plight of people in Iraq and Afghanistan with a series of incendiary device attacks in June 2007.

Dr Asha is accused of supplying them with cash and advice.

A jury at Woolwich Crown Court heard Dr Abdulla had told police in Scotland “something along those lines” that he was a terrorist shortly after being arrested. 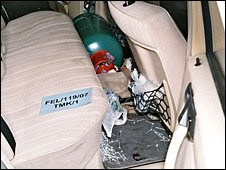 Police found nails and gas cylinders in the cars after the crash. (BBC) 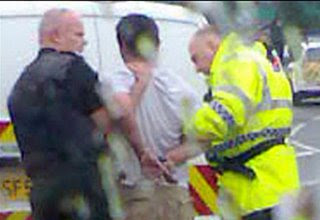 Iraqi-trained doctor Bilal Abdulla, who completed his medical training in Baghdad, was the man who tried to drive a blazing jeep into Glasgow airport. He was arrested at the scene of the crash. (Daily Mail)