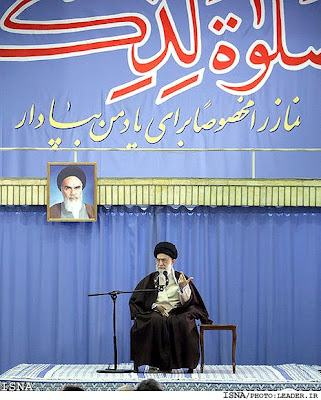 The figures detailing Iran’s progress were contained in a routine update on Wednesday from the International Atomic Energy Agency, which has been conducting inspections of the country’s main nuclear plant at Natanz. The report concluded that as of early this month, Iran had made 630 kilograms, or about 1,390 pounds, of low-enriched uranium.

Several experts said that was enough for a bomb, but they cautioned that the milestone was mostly symbolic, because Iran would have to take additional steps. Not only would it have to breach its international agreements and kick out the inspectors, but it would also have to further purify the fuel and put it into a warhead design — a technical advance that Western experts are unsure Iran has yet achieved.

“They clearly have enough material for a bomb,” said Richard L. Garwin, a top nuclear physicist who helped invent the hydrogen bomb and has advised Washington for decades. “They know how to do the enrichment. Whether they know how to design a bomb, well, that’s another matter.”

Iran insists that it wants only to fuel reactors for nuclear power. But many Western nations, led by the United States, suspect that its real goal is to gain the ability to make nuclear weapons.

The Israeli air force is ready to attack Iran’s suspected nuclear weapons project if diplomacy fails.
…It looks like it failed.