Unfortunately, they chose the wrong stock photo this historic event: 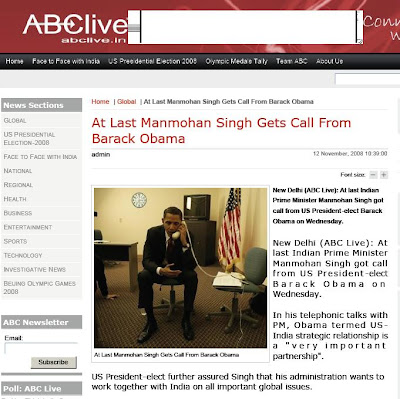 Apparantly the Indian press is not in on the joke. A web site headline says that at last the PM of India, Manmohan Singh, has finally got a call from President-Elect Obama.

Unfortunately, they must have chosen the stock doctored photo of the day with the phone upside down, and the clock on the wall referencing the 3:00 AM phone call to Hillary. (or was it Hillary’s phone call to someone else, I forget.) However, I did grab a PDF for posterity of the three posteriors in question.