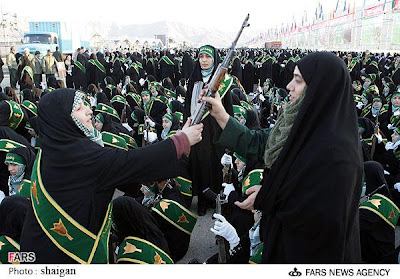 The Basij is a volunteer based Iranian paramilitary force founded by the order of the Ayatollah Ruhollah Khomeini on November 1979. Originally consisting of those males “either too young or old for regular military service, the forces now include the ladies. 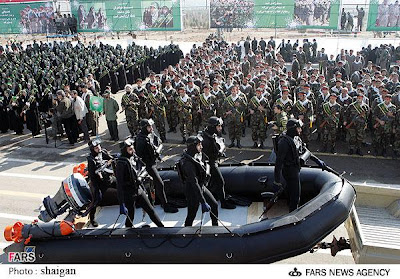 President Ahmadinejad said the the Islamic Republic of Iran’s enemies have reached a dead end thanks to sacrifices and lifestyle of Basijis. 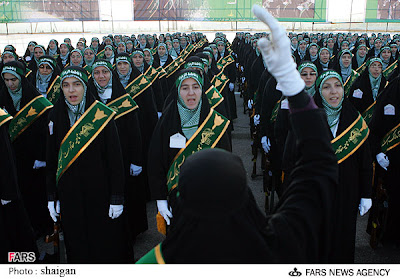 Basij forces stage parade in a ceremony in Tehran to mark the Week of Basij. (Fars)