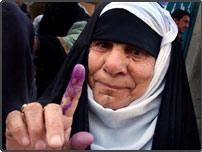 US President-elect Barack Obama has promised to rebuild his country’s “moral stature in the world”.

In his first television interview since the election, Mr Obama told CBS he would pull troops out of Iraq, shore up Afghanistan, and close Guantanamo Bay.

Maybe he can get Rev. Wright and Bill Ayers to help him with this.