They failed to act on global climate change, too. 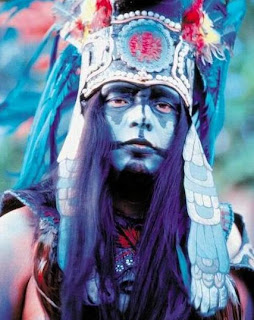 Visionary scientist Al Gore is now teaching history…
The Goracle warned America not to end up like the Mayans and fail to heed his chicken little calls on the looming manmade climate crisis.
From the Gore Blog:

A new study suggests the Mayan civilization might have collapsed due to environmental disasters:

“‘These models suggest that as ecosystems were destroyed by mismanagement or were transformed by global climatic shifts, the depletion of agricultural and wild foods eventually contributed to the failure of the Maya sociopolitical system,’ writes environmental archaeologist Kitty Emery of the Florida Museum of Natural History in the current Human Ecology journal.”

As we move towards solving the climate crisis, we need to remember the consequences to civilizations that refused to take environmental concerns seriously.

The Sun god warned them But they would not listen.

For the second straight year the Earth is, in fact, cooling… not warming.